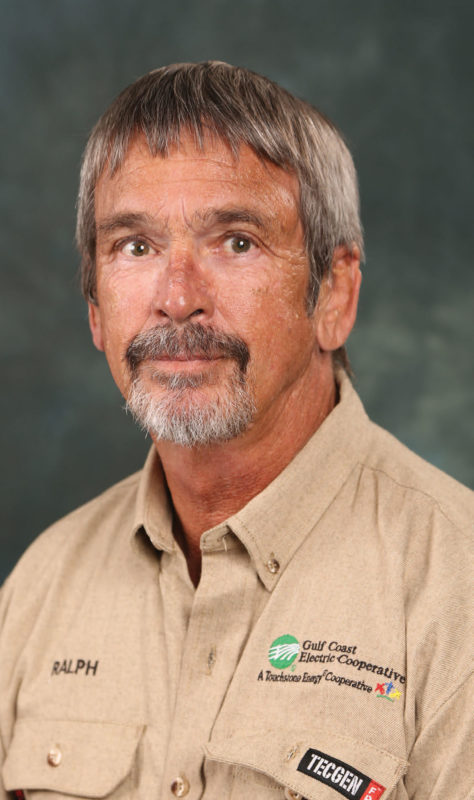 The Gulf Coast Electric Cooperative family mourns the loss of Ralph Jamerson, who worked for the cooperative since 2012 — most recently as the supervisor of military affairs.

“Ralph Warren Jamerson, age 63, of Wewahitchka, passed away on Friday, March 11, at his residence surrounded by his loving family. He was born in Tampa, Florida, on October 12, 1958, and spent his life in Gulf County. Ralph attended the First Baptist Church of Wewahitchka. He loved his work and excelled in all that he did. Ralph enjoyed hunting with his children, being on the river, and going to the Smoky Mountains.

He was preceded in death by his parents, Lewis Warren Jamerson and Vivian Boutwell Jamerson.

Funeral Services were held on Wednesday, March 16, at the First Baptist Church of Wewahitchka, with the Rev. Michael Stroud officiating. Burial followed in Roberts Cemetery in Wewahitchka.”

Ralph is sorely missed. Our thoughts and prayers are with the Jamerson family during this difficult time.